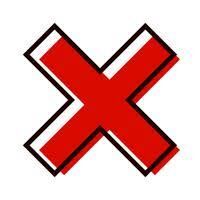 On remembrance day members of the armed forces (soldiers, sailors and airmen) are commemorated.

The other common name for this day is Armistice Day which marks the date and time when armies stopped fighting World War I. on November 11th at 11am in 1918 (the eleventh hour of the eleventh day of the eleventh month). Some 100,000 Canadian soldiers died in the First and Second World Wars.

In Canada, Remembrance Day is a federal statutory holiday - with a notable exception of NS, NWT, ON and QC - as it is in many other countries in the world where this day is observed on the national level.

All government buildings fly the Canadian flag this day and people remember those who fought for Canada during a two minute silence at 11am. Many people wear poppies before and on Remembrance Day to show their respect and support for Canadian troops. Poppies are generally handed out free but often a voluntary donation is given in exchange.

In the United States this day is called Veteran's Day and is also observed on November 11.

Out of respect, the Cowichan Aquatic Centre and the Duncan Swim Team will be observing this date - all programs are canceled.  Please use this additional time to honor those affected in the manner of your choosing.